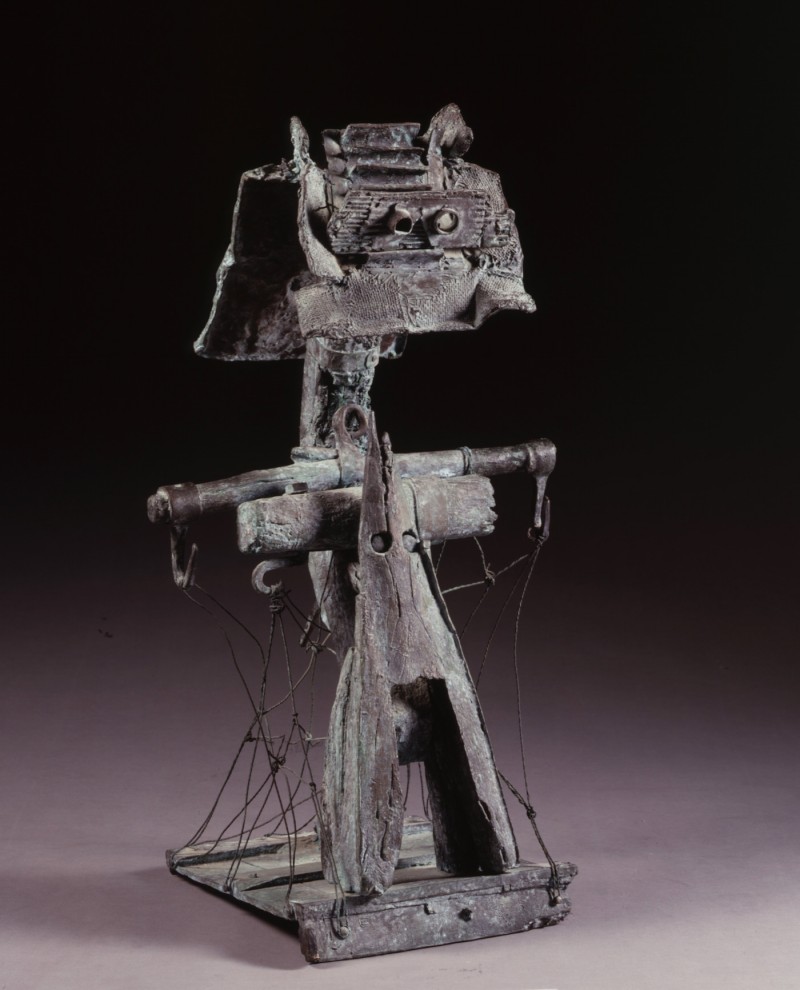 This figure of a warrior is made up of an assemblage of discarded material: four large pieces of wood, various bits and pieces of metal, wire, bits of canvas and ripped cardboard. The casting of it in bronze gives unity to the whole as well as strength to the figure itself, bestowing upon it the status of a work of art. Nevertheless, this is a defeated fighter in a bad situation: unarmed, he stands upright with legs apart, the lower part of his body attached to the base by metal wire. The lines they create bring dramatic tension to this work composed as it is of disparate elements. By virtue of his colossal head and proud stance this warrior remains an imposing presence. A prisoner of war, here an incarnation of a certain sort of dignity, this composition predates and heralds the sculpture  A Don Pablo that Antoni Clavé will realise as a tribute to Picasso in 1986.