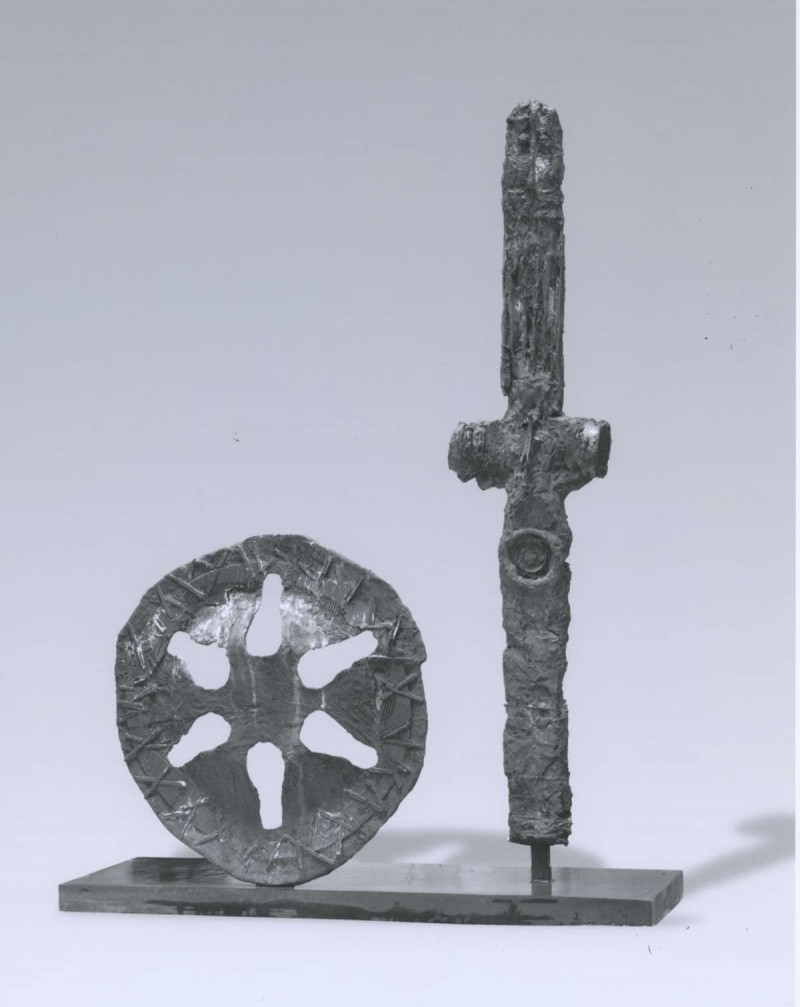 The warrior is a recurrent figure in the oeuvre of Antoni Clavé; first appearing in painting in 1958 and in sculpture in 1960. The first sculptures of this subject were of a modest scale, increasing in size over time as they move towards monumentality. The silhouette of the tall and terribly straight figure works as a substitute for a lance or sword. From afar, the upper part of the figure (from the arms to the head) forms the shape of the hilt of a sword. Moving closer to the guard, the viewer discovers the figure’s arms and the elongated face above. The long thick beard, the aquiline nose and the serious expression all add to the monumentality of the subject. The shield itself is pierced, thereby losing its ability to defend, becoming, in turn, a symbolic attribute of the sculpture as a whole.