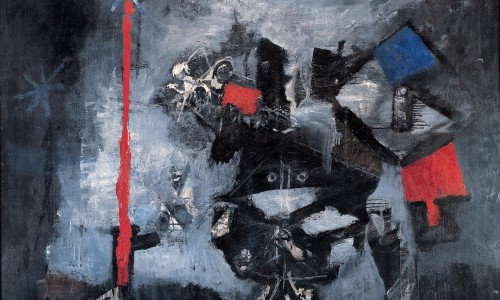 Kings and warriors brought Antoni Clavé fame. The theme had already appeared in his paintings from 1955-56, and contributed to the growth of his international recognition from 1958. The Guerrier noir dates precisely from this year. The composition is focused on the character that is facing us, confronting us. It…

Trois personnages aux pastèques mixes two themes that were of importance to Clavé in the 50’s: a scene taken from everyday life and a still life with watermelons. The vacationers are soaking up the pleasures of summer. The slices of the red fruit enable Clavé to take the composition to another…

Carmen was the first exclusive collaboration between Antoni Clavé and Roland Petit. The latter had previously danced in Los Caprichos in 1946, for which décors had been created by Clavé. Two years later Roland Petit launched his own ballet company, the “Ballets Roland Petit”, and turned towards the Spanish artist familiar with Mérimée… 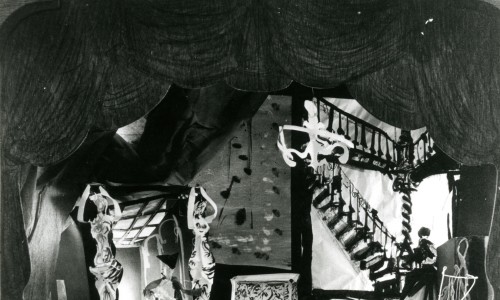 The sceneries by Clavé for Les Noces de Figaro will be shown tomorrow in a cinema! Created in 1952 for the festival happening in Aix-en-Provence, the sets of the famous opera by Mozart created a sensation. The cinema le Balzac is showing the projection of the representation played during the festival in 1962. … 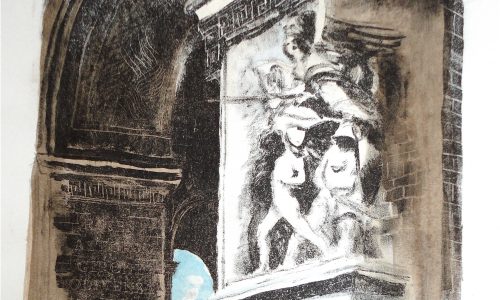 In 1943 Paris was at war, and Antoni Clavé, a spanish republican in exile was living off of the money earned from illustrations he’d created for Bibliophilia’s books : Lettres d’Espagne and Carmen by Mérimée, and as above Paris âges et visages, anthology of poems selected by G. Jean-Aubry… 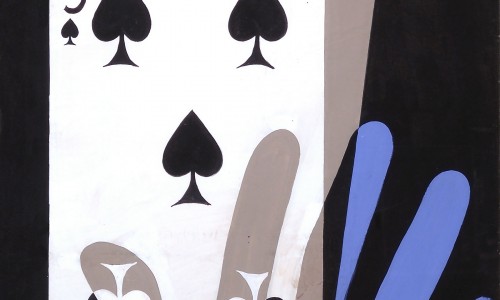 In 1934 at only 21 years old, Clavé was starting to earn a living from jobs in advertising, more specifically as a poster designer for cinemas in Barcelona. At the time, there were no “official” posters released in all the movie theatres in which the film would be shown. Clavé joined the “Cinaes” group, and produced new creations every week.