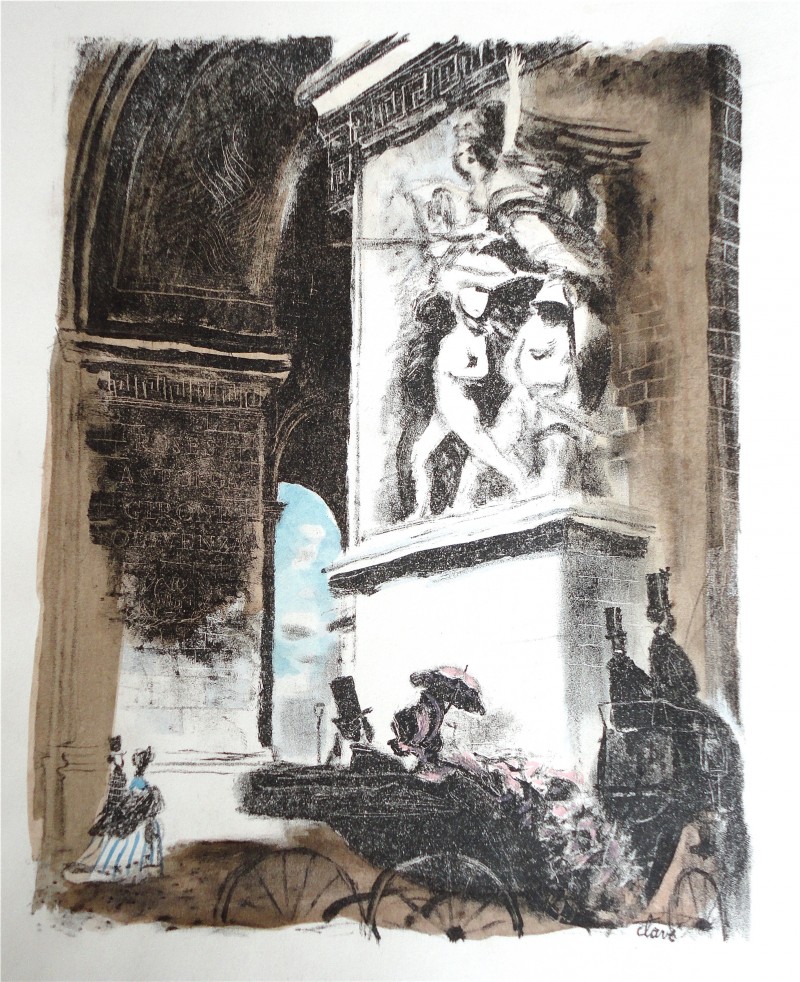 In 1943 Paris was at war, and Antoni Clavé, a spanish republican in exile was living off of the money earned from illustrations he’d created for Bibliophilia’s books : Lettres d’Espagne and Carmen by Mérimée, and as above Paris âges et visages, anthology of poems selected by G. Jean-Aubry. With the aim of portraying Victor Hugo’s poem “L’Étoile”, Clavé chose a view of the famous Départ des volontaires by François Rude. In the context of an occupied France, there is no doubt that this choice echoed the artist’s republican pride. The depiction of a Parisian promenade and the opening towards a blue sky appear to promise a more serene future.

Clavé created this lithograph and was initiated into engraving in the atelier of Desjobert. In this very same studio a couple of years later Clavé mixed with the editor Nesto Jacometti and artists such as Massimo Campigli and Zao Wou-Ki. From then onwards engraving became an important part of Clavé’s artistic life, always in relation to his paintings or sculptures.