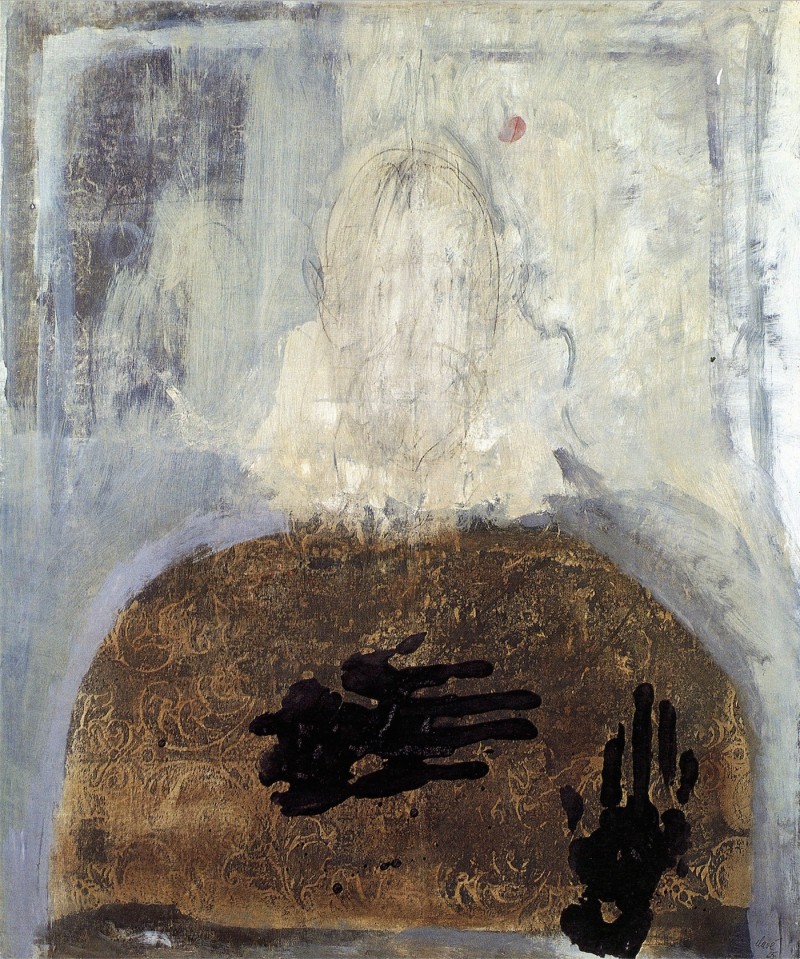 « Ce qui m’intéressait, c’était ce personnage avec la main sur la poitrine que j’avais vu au Prado, j’en avais fait tout jeune une copie d’après une reproduction. Ce n’est pas le Greco lui même que j’ai peint, c’est le fantôme de ce tableau là. J’en ai fait une série de peintures, des gouaches, des eaux-fortes et treize lithos éditées dans un album. » (What interested me, was the figure with his hand on his chest that I had seen at the Prado, at a very young age I had made a copy of it from a reproduction. It is not the El Greco itself that I painted; it is the ghost of that painting. From it I made a series of paintings, gouaches, etchings and thirteen lithographs edited in an album) These paintings, including L’Homme sans visage, are striking in the contrast of shadow and light as well as by the architectural classicism of their composition and their solemn nature.

Most of these paintings done in homage to El Greco were made in 1964 and 65. They all retain the ironic anonymity of he who commissioned the portrait: the faces painted by Clavé resist capture, prolonging the sense of mystery and invariably sending the eye of the viewer towards the hand. The hand in the original El Greco painting is a marvel of flesh tones. It foreshadows Goya, Manet, and obsesses by its coloured perfection, its boldness. Clavé interpreted it, transformed its line and sometimes even added another hand , the trace of which can be found in several later works, preceding the theme of the glove .

To learn more about El Greco’s work The Nobleman with his hand on his chest.