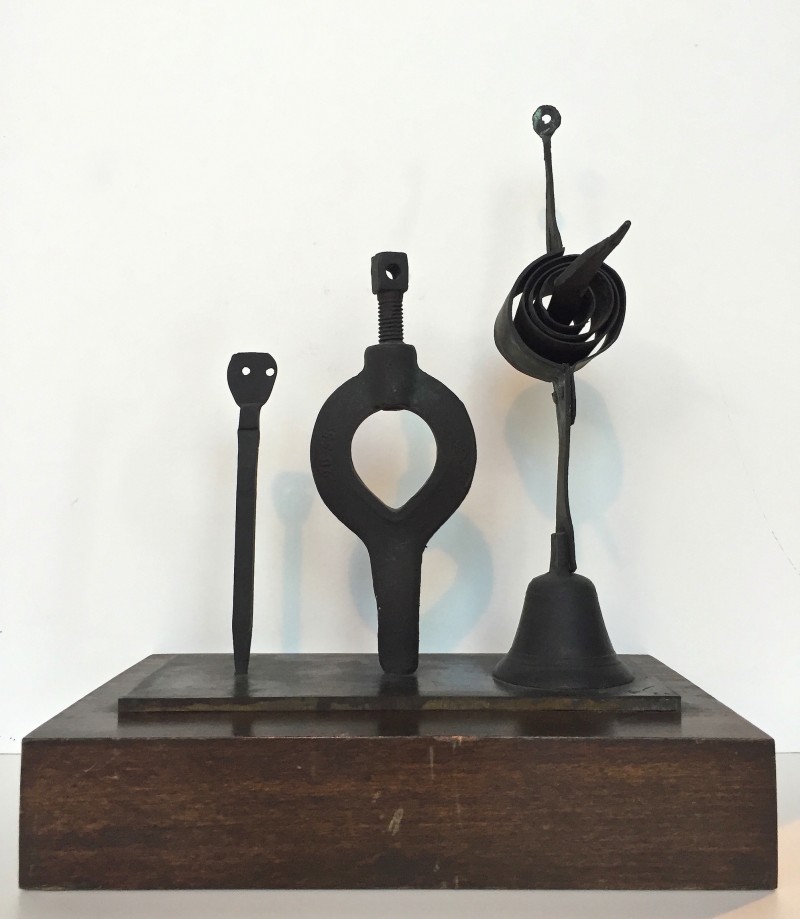 The theme of the warrior was in use from 1958. After having dominated paintings and prints, Clavé’s warriors acquired substance and shape. Alone or in group, on one level or on a chariot, as a sculpture in the round or in a bas-relief, during the year 1960 alone, no less than 25 sculptures  depicting warriors appeared!

Le guerrier, la femme et l’enfant is the only artwork in which the warrior is standing alongside civilians. Are they his family? In ascending order, a little metal stem shapes the child, next is the woman represented by a round stem topped by a bolt, and finally the warrior with his small bell welded to a spring. Let’s pause for a moment on this peculiar warrior: the small bell ensures a stable base, while the spring suggests a swaying movement from which emerges a seemingly aggressive stem. Is it a lance? A sword? A phallus? Nodding to his own surrealist works, here Clavé is once again twisting minimalist objects into striking artwork.