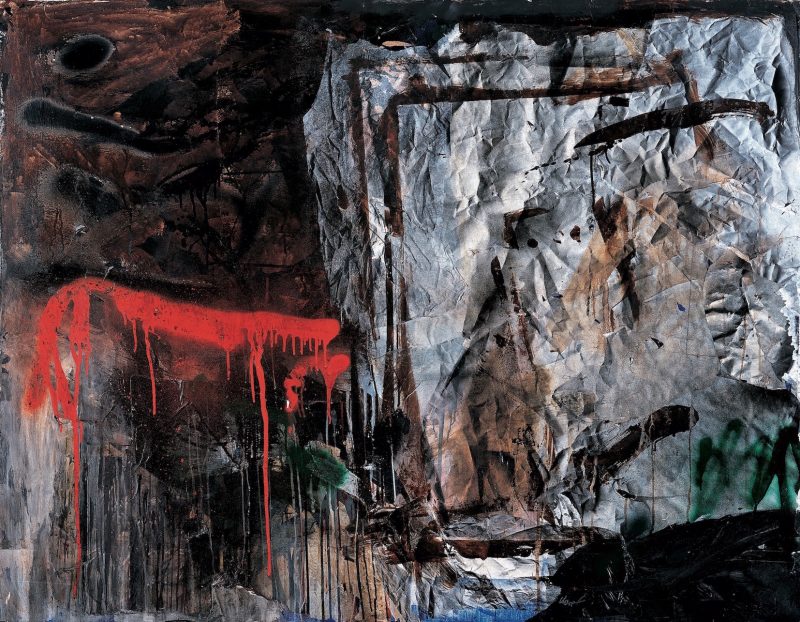 In 1976, Antoni Clavé completes the book for Bibliophiles “La Gloire des Rois”, by Saint John Perse. He had been asked to work on this project some 14 years earlier, and this is the occasion for him to show how he understands and interprets the poems by Saint John Perse. And of course it is a unique and original piece of art.  This process is obstinate and leaves a strong mark on him. Saint John Perse is far from being a consensual and easy-to-read author. “La Gloire des Rois” is part of what is called the “cycle antillais” (the Caribbean cycle), published in 1948, in a difficult context for its author. More than just a series of poems, the author invites the reader to a profound reflection. Considering this, the goal of the painter is deeper than just illustrating the poems. This book for Bibliophiles is hence non-figurative. And this work inspires him later in his paintings; he indeed used again the imprints, the stamps or the typography especially created for the occasion. This prolongation of his work can also be seen in his big formats, when he uses again his plastic experimentations on fabrics, giving the illusion of a carefully folded shroud.

“Le trait rouge” dates back from 1977. The search for perfection that has animated Clavé for 15 years still influences him but he finally decides to face the canvas as medium again, and becomes free from his plastic searches into the creation of the illusion of fabric and canvases. The fight is intense, and Clavé mangles canvases and papers in order to better assemble them. With his foldings and trompe l’oeil, he tries to resurrect his memories of New York, as well as the graffitis he saw there.

The bloodlike red line hypnotizes the spectator. Clavé used the aerosol before, when he modernized his “guerriers” (warriors), but here the use of it is totally different. A singular and synthetic (or even syncretic?) alchemy characterizes this painting. Folding, imprints, collages, graffitis, but also regular oil painting are used. Clavé is no novice in using different techniques at the same time, yet this work destabilizes the viewer, and one needs to wonder again what exactly there is to see. In 1977, the quarrel between abstraction and figuration is obsolete. And this idea is well expressed by Pierre Cabanne: “If, in Clavé’s works, the formal organization and the spatial arrangement of elements are tending towards abstraction, it is only with the goal of reaching “picturalism”. His practice is unsaid, “non-existent” and opens the space to infinite.”