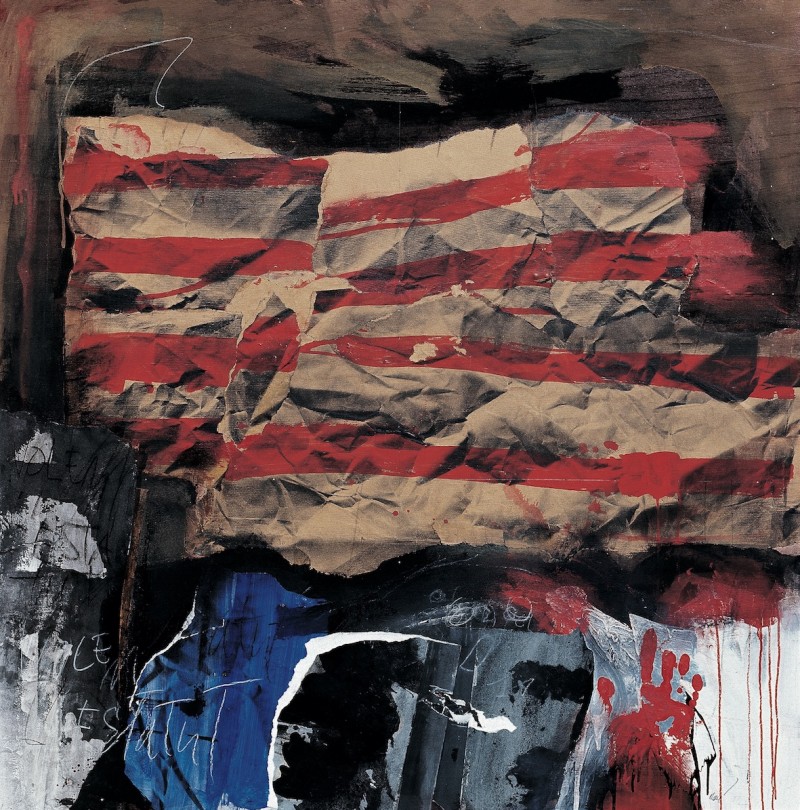 The Diada commemorates the fall of Barcelona, when the troops of the King of Spain took over the city after 14 months of siege, on the 11th of September 1714. It is the very last battle in the course of the War of Spanish Succession, which opposed from 1701 to 1714, the Archduke Karl Ludwig of Austria supported by Great Britain, the United Provinces (the Netherlands), Austria and Portugal, to Philip V of Spain, grandson of Louis XIV of France, supported by France.

From 1886 on, this last battle has been celebrated. On the occasion of the universal exhibit in 1888, a sculpture paying tribute to Rafael Casanova is erected, close to the Urquinaona Square, which is an ideal location to meet on the Diada. Casanova was Prime Minister when the fall of Barcelona happened in 1714. A member of the resistance till the very last moment, he was harmed during the takeover of Barcelona, and became a hero of Catalan nationalism. The defenders of the city were indeed considered as martyrs who died to save the identity as well as the institutions of Catalonia. It is this precise symbol that Catalans remember of the 11th of September, rather than their defeat against the Bourbons. Casanova is emblematic of the fight for freedom in Barcelona, and every year the president of Catalonia still places flowers at the bottom of his statue.  In 1936, just like pretty much all other identity symbols of Catalonia, Franco forbade the Diada to happen, although it was still clandestinely celebrated.

This painting dates back from 1977, two years after Franco’s death, also the first year during which the Diada could again be celebrated. The 11th of September is hence an important date for Antoni Clavé, a Catalan. The work is a political statement. According to the legend, Guifré el Pilós (Wilfred the Hairy), count of Barcelona, was wounded on the battlefield, during the IXth century. In the evening, Louis the Pious, who was a franc emperor, visits his vassal under his tent. Wilfred the Hairy is lying in his bed, close to which his golden shield can be found. Louis dips his fingers into the open wound of the count, and traces four red lines, hence designing the Catalan flag, the Senyera.

In this painting, the Catalan flag is displayed with four horizontal red stripes on a golden background, and seems to fly around freely. Yet the spectator eye seems to be unwillingly attracted by the lower right angle, where the red paint drops from the flag just like a wound. The bloodlike red hand mark on the right corner symbolises the suffering and the humiliation that Catalonia endured under the dictatorship. Three years later, the Parliament of Catalonia officialises this celebration, by making it national by law. The symbols of Catalonia are this celebration: the Diada, the anthem and the flag. Today, the 11th of September is not only the occasion for the separatists to demonstrate and claim their ideas, but also a gigantic celebration during which families and friends are invading the streets to attend concerts and animations happening all around the city. Both the Parliament and the Government (the Parlament de Catalunya and the Govern de Catalunya) are open to the public. It is the occasion to (re)discover this painting by Clavé and the rooms which are dedicated to him at the Palau de la Generalitat de Catalunya.